Horsing Around: One Woman's Surprising Sexual Encounter With a Cowboy

A young woman visits a Texas dude ranch expecting to ride horses on dusty trails, but ends up fucking a sexy cowboy with an usual sex technique involving his horse 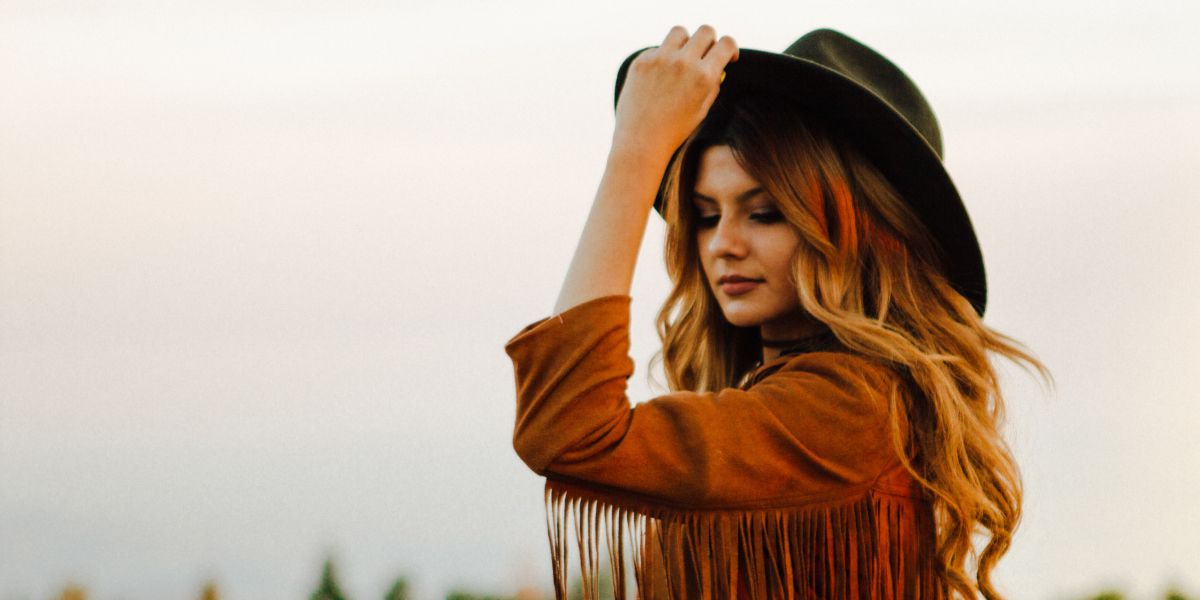 I love anything in the outdoors － camping, bike riding, hiking, skinnydipping, you name it. I think of myself as a real nature girl. So I was thrilled my friend invited me to visit a dude ranch in Texas last summer. It proved to be far more exciting than I'd even imagined.

The first night there, at a get-acquainted barbecue, I spotted a couple of studs I was more than willing to get to know better.

There was one in particular, a tall good-looking Mexican-American guy named Antonio.

He was a hell of a good-looking cowboy and had all the girls panting after him.

He was also the real deal...I overheard him telling someone that his father and grandfather had both worked as vaqueros at this ranch.

The next morning I signed up for the overnight trail ride and made sure I was in the group that Antonio was guiding.

Riding behind him in line, my eyes lingered on his easy movement in the saddle, and my pussy tingled.

I could almost imagine what it would be like to have his strong hands touching my body.

Since he hadn't given any indication of wanting to become friendly, I pushed the thought out of my mind and enjoyed the ride.

When we finally pitched camp, most of the group was tired and sore, but I was feeling pretty good.

While everyone was lying around, trying to get the kinks out of their legs, I found a stream nearby and thought it would be a nice idea to go for a swim and wash off some of the trail dust.

I peeled off my clothes and dived right in.

The cool water sure felt good on my naked body.

I had been skinny dipping for about 15 minutes when I heard a sound behind me. I turned around and saw Antonio astride his horse.

I was standing in water that barely covered my breasts and could feel his dark brown eyes going right through me.

He wrapped one leg around the saddle horn and said in his slow, easy manner, “You shouldn't wander off by yourself like that. You might get lost. You'd better come out so we can get back to camp."

I told him I'd come out as soon as he turned around so that I could get dressed, but it was obvious he had no intention of looking away.

Finally, I snapped at him, "I'm just going to stay here until you turn your back.”

"Well, then, I guess I'll just have to come in and get you," he replied, getting off his horse.

I turned my back as Antonio began to undress, hoping he was just trying to scare me out of the water. Suddenly, I heard a splash behind me. I turned around, but didn't see him anywhere.

Then I felt his hands grabbing me and pulling me under the water. I struggled, but he was too strong. He crushed me to his body and started kissing me with hungry, demanding kisses.

Whipping me up in his arms, Antonio carried me to the bank, lay me down and began exploring the rest of my body.

He ran his hands down between my legs to caress my hot mound, while planting soft kisses on my breasts and neck. He would suck each nipple while molding the other with his fingers. He had my strong, athletic body begging for more.

I felt his stiff manhood pressing against my leg, and my hand found his hard, brown cock and stroked it gently. God, how I wanted it inside me.

Antonio moved his head between my legs.

“M-m-m, you smell so sweet," he panted, forcing open my cunt lips to lick and tease the pink interior.

Just when I thought he was finally going to fuck me, he picked me up again and carried me over to his horse and sat me down.

I thought it was all over, but he climbed into the saddle and swung me up on his lap, facing him.

"Now," he said, "I'm going to show you how to fuck cowboy style.” With that, he lifted me onto his uncircumcised, glistening hard-on.

It went in easily since he had me dripping wet and his foreskin was already gooey with pre-cum.

Reaching behind me, he untied the horse, draped the reins over the horn and gave a gentle kick. It started off nice and easy with Antonio's cock snug inside my pussy.

The natural rhythm of the horse's gait kept Antonio's cock sliding in and out of me with ease.

God! I never felt anything so exciting! He kept probing my tits and mouth with his tongue while his hands pounded me up and down on his prick with the motion of the horse.

I was coming unglued. With every step of the horse, Antonio's cock would go deep, rubbing the very top of my vagina. I would never have thought it possible for him to penetrate so deeply.

I grabbed hold of his head and let the sensational feeling take me to heights I had only dreamed of.

My legs were beginning to cramp, but I didn't care. I wanted this feeling to go on forever.

When I started to come, he stopped the horse and ground his prick that much harder into me. I screamed with all my might so that the whole world would hear me. I thought the top of my head was going to blow off.

Antonio was moaning softly as he built his rhythm. He slammed me down hard one last time and held me tight as his 9-inch monster cock jerked and squirted his love juices inside of me.

“I guess we had better get back to the others," he whispered softly. We dressed and rode back to camp. It seemed no one had missed us.