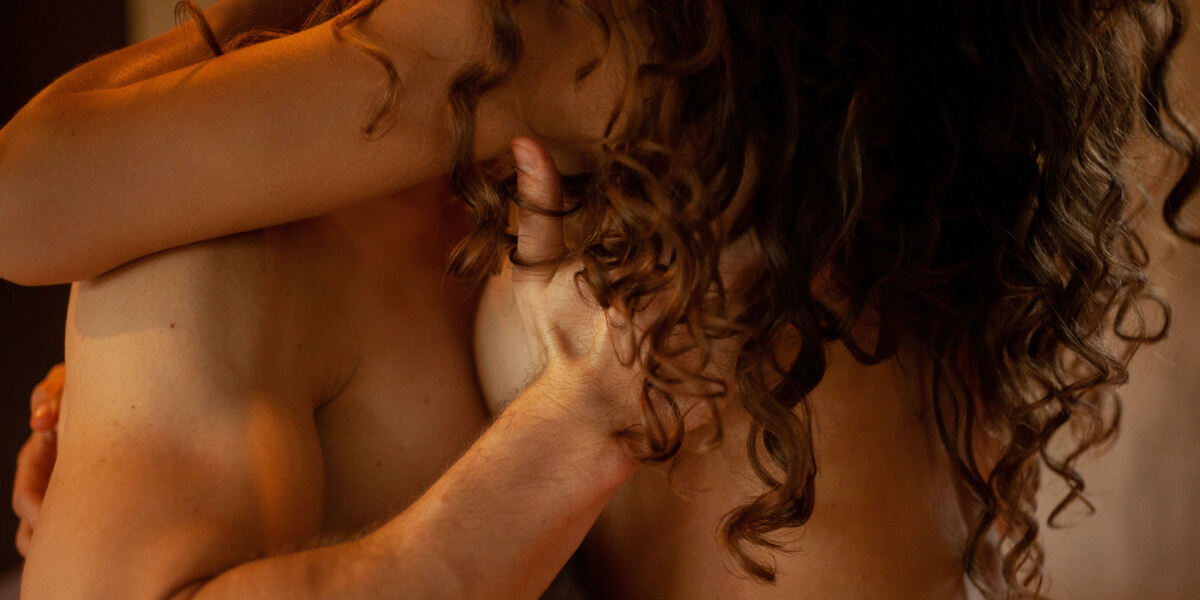 When I was 20, most of my time was spent chasing girls or trying to figure out what to do with them once I'd caught them. Even when I hooked up with a hot number, something was lacking. I didn't know for sure what － it just seemed there should be more to sex than a few hasty jabs and a quick explosion.

At that time I was living with my mother. My father had died several years before and I didn't want to leave her alone. I was elated when Mom began talking about renting out our spare room.

If she had someone else to stay with her, I could move out, and one of my major problems would be solved.

You see, most of the girls I was dating were around my age and still lived at home, so finding a place to be alone with them was a real stumbling block.

One day I returned home from a particularly unsatisfying session on the couch of a neighborhood girl. I had just convinced her to remove her panties and was about to take the plunge when her parents returned unexpectedly. Needless to say, I couldn't finish the job.

As I started to undress, my mind wandered back to that young little "hot number” I’d tried to fuck earlier. She was probably in her bedroom doing the same thing to herself.

In the wall mirror I could see my reflection as I got myself off. Thrills shot through my body as I closed my eyes and saw hot visions of the joys I had to abandon. I was moaning and uttering vulgarities, but I was alone in the house - or so I thought.

Suddenly my door flung open and there stood a middle-aged woman I had never seen before.

For what seemed like hours I was oblivious to the strange woman standing in my doorway. As my eyes began to focus again, I became fully aware of her.

I covered myself with the bedsheet, but she stopped me by raising her hand. The flush of her face didn't seem to be from embarrassment. I could tell she was stimulated by what she was witnessing.

She was shapely, her lips had a passionate fullness, and I knew she had huge breasts under her modest dress.

I was now limp, but the sight of this woman started sending warm messages through me again. I thought it would be impossible to get it up again so quickly, but my organ told me otherwise.

I was afraid to make a move, but she wasn't.

I hemmed and hawed as I informed her that I had never before made it with a woman of her age but, as she approached the bed, she told me she understood.

Soothingly she told me to relax and allow her to demonstrate what it's like to make love to an older woman.

But as she disrobed and climbed into bed, the last thing I could do was relax. I looked at her beautiful legs and between them I could see all the way to the Garden of Eden.

She instructed me to climb off the bed and position myself at the foot of it. And eager to learn, I complied. I watched in sheer delight as she slowly adjusted her womanly body on the bed.

Spread-eagled and panting, she told me to rub her warm crotch with the palm of my hand and massage her clitoris with my fingertips. It produced miracles.

Her thighs started to buck and she began rocking on the bed. She told me to put my lips and tongue on her pussy, and kiss and smell it. She grabbed my head, pushing my face deeper into it.

When she came, I was amazed at the intensity of her orgasm.

Instructing me to stand next to her by the bed, she then took my cock in her mouth. This was a new pleasure for me.

Her mouth was hot, wet and wild. I slid in and out with such ease that I wondered how deep her throat really was.

She became hotter and hornier. She took a breather from her oral action, spread her flushed thighs and told me to go to town.

I slid into her as though we were tailor-made for each other. I timed my momentum to the bucking of her heavy ass, while her legs circled my back and her feet pressed into me, encouraging me to thrust harder.

I made love to this 57-year-old woman just as I had wanted to make love to the young girl earlier in the day. She urged me on, but I had no intention of stopping.

My mouth seemed to automatically find her large breasts, and I suckled one, then the other, moving from nipple to nipple. Just as I could no longer hold back my orgasm, Michelle held my head tightly to her breast. While riding the wave of excitement, I shot everything I had in me.

That was the beginning of our friendship. Afterward Michelle told me she had been widowed a year earlier, and one of the hardest adjustments was not having someone to talk to and make love to. She was too old to bar hop, and most younger men weren't attracted to her.

Tired of living alone, she had decided to rent our spare room after seeing the ad for a roommate  my mom had posted on Craigslist.

We were all cleaned up, dressed and engaged in amicable conversation in the living room when my mother returned from work.

Mom was 44 years old at the time and was in better shape physically than Michelle, but I couldn't think of my mother in sexual terms.

If I did have any subconscious desire for my mother, I had never faced up to it, but I did know that Michelle had satisfied longings no girl ever had.

It must have been fate that we met. We suited each other's needs so perfectly. Meanwhile, Mom was glad to have a happy roommate to help with the mortgage and a contented son.

Then one afternoon my mother said she had to go out of town to visit my sick aunt. She would be gone for at least a week, and asked Michelle to “look after me.”

After Mother left, we went right to bed where we were already spending most of our time when my mom was out of the house. By that time, Michelle had taught me to be a master of love, a sexual athlete and a lot of other things for my next stories..

That afternoon she wanted me to demonstrate how much I had learned from her.

She had taught me well, and now, with her eyes closed, she shivered sensuously as the tremors from down under sent thrills all through her.

When I entered her, she cried out. I kept plunging, and she kept throbbing as we did our best to love each other into another world.

Her legs shook; her broad behind was raised high; ripples of joy struck us both at once.

She screamed. She said I should love her harder, which I did. She was churning, banging and panting when she exploded, and my climax was equally body-draining and wonderful.

I had never enjoyed sex with any other woman the way I had with Michelle. Sure, she wasn't as tight as some young girls I had gone to bed with, but none of them had ever pleased me as much, and what she lacked in youthful firmness, she more than made up for by showing me her mature approach to sex.

She was patient and wasn't afraid to speak up when she wanted to change positions or have me caress a particular part of her body.

Michelle's body was beautiful, whether you considered her age or not. Time takes its toll on everyone, but it had treated her well. You could tell from her voluptuous shape that at one time she could walk down a street and turn boys into men and men into hardened lovers.

The experiences her body had gone through aided our sex play because her body had been fine-tuned by her many sexual partners over the years.

Like a violin, its tone had become fuller, richer, more responsive to the lightest touch.

Each time I made love to her she tormented me with her vaginal muscles, the same ones she had used to give birth to her now-grown children. Those youngsters had been nursed with the very beauties I enjoyed sucking and squeezing in my hands.

Michelle had the wisdom and patience to teach me all the things my mother couldn't.

Maybe I even had a hidden desire to have my mother teach me those things, and Michelle's appearance on the scene probably saved some embarrassing moments that could have cropped up between Mom and me.

My early experiences with Michelle were a while ago, but we still see each other pretty regularly. When I'm not with her, I don't always look for an older woman, but I've found that as far as a genuinely good fuck is concerned, age is beauty.