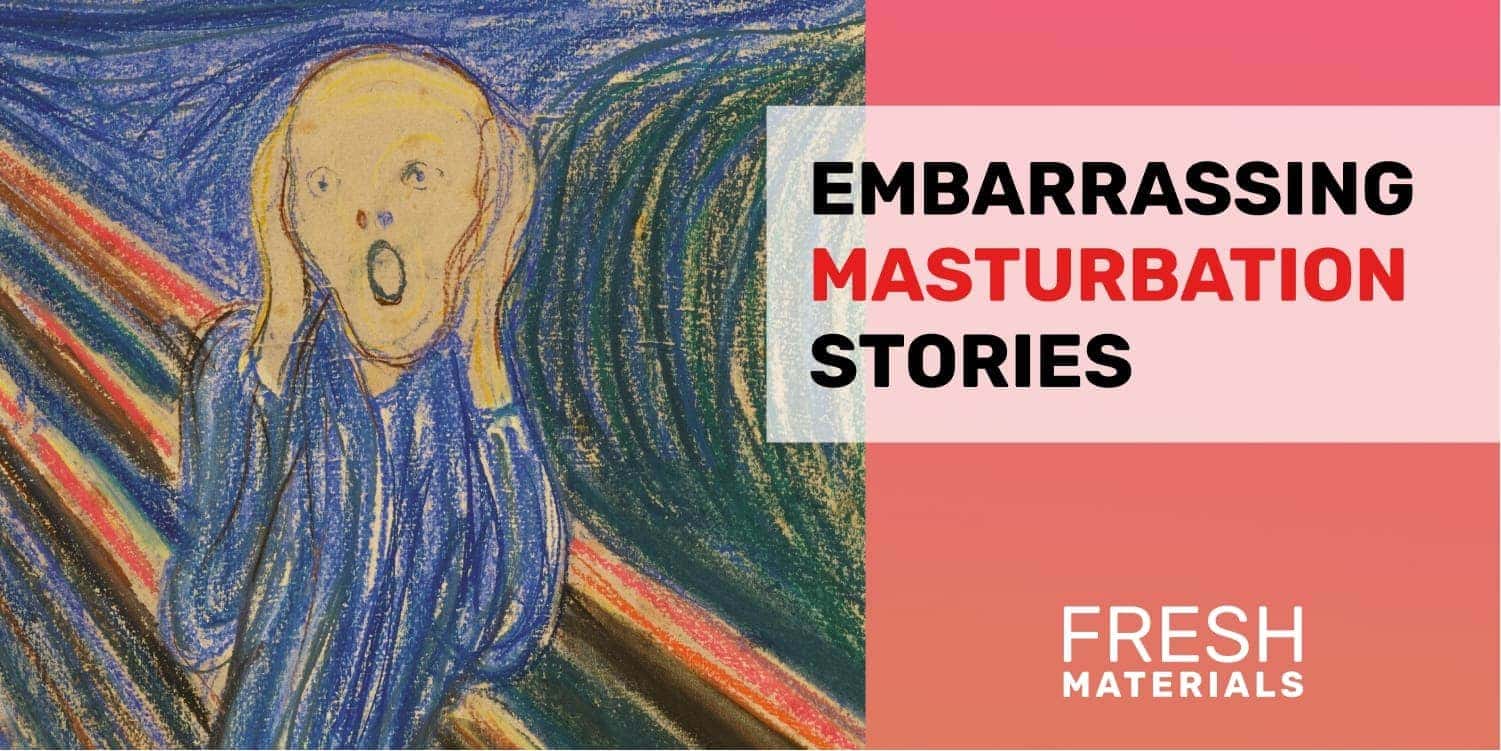 Redditor ENDofZERO shares this awkward tale of a lie being taken seriously:

I was jerking off and my sister walked in. I tried to hide under my covers and she was like, what are you doing. I feigned that I was checking something out on my penis, thinking she would just leave me alone.

Nope. She got concerned and got my dad involved, so now they are all in my room trying to figure out what's wrong with my penis. Fucking awkward.

One time, when I was about 12 or 13, I had the sweet idea of taking the seeds out of a cucumber, putting it in the microwave, and humping it. I was super excited about my new cucumber Fleshlight. I start humping it, but instead of pleasure, I felt burning. I had put the cucumber in the microwave for too long, and I had blisters on my shaft for several days. They were excruciating, and gym class was a new level of hell for me.

So now I was crying "Oh Lord, please forgive me oh Lord!", one hand still on my penis, the other raised to the sky. I was SHITTING myself.

My dad came in and I hid myself under the blankets because I was half ass naked and the video was still playing. Scariest 30 seconds of my life 0/10 would not recommend.

Reddit user Soracaz shared this hilarious story of a teenage boy’s life Down Under:

... living in Australia definitely has its ups and downs. Free healthcare, check. Chill cops who don't shoot you as soon as they get a widdle fwightened, check. Huntsman spiders the size of a medium plate at your local Chinese joint, check.

I ended up grabbing the thin hairy leg of one very angry hairy boy. In an effort to escape, he leapt from the underside of the bowl onto my now drastically deflating member. I stood up and helicopter dick'd harder than I think anyone ever has. This didn't affect our eight legged antagonist, though.

So with a hearty blow I slapped my salami so hard that one of his legs came off and he went flying into the wall, skittering off behind the washing machine, never to be seen again.

Right then, my old man, hearing the commotion, gets up out of bed and slides open the unlocked bathroom door. There I am, pants at my ankles, meat redder than the devil’s dick, panting, staring him down. I didn't even wipe my arse. Your boy's not here to fuck spiders.

When I was 14 or 15, this one time I was jacking off with my eyes closed and a pair of headphones on.

I opened my eyes and there was a stack of folded laundry on my desk that wasn't there when I started.

Didn’t think it through...There was some avoidance in the house for a while afterwards (me avoiding mom at all cost.)

Reddit user BagelsAreStaleDonuts shared this story of being caught off guard:

In my house growing up, my brother's and my room both had attic access through our closets and they were connected via a small channel over the roof.

I locked my door and, thinking I was safe, started to do my thing. A couple minutes in, my brother and his best friend burst through my closet door to try and scare me, catching me in the act.

The bastards crawled through the cramped crawl space for like 20 minutes to be quiet as possible so I wouldn't hear them and ended up getting more than they bargained for.

After that, I learned to tie a rope around my closet door handle before using the ole joystick. Very glad I live on my own now.

7. The Masturbator Who Drank Too Much

KnowItAll811 shared this story from his college days about coming home drunk:

I woke up in the morning hungover and noticed something was off immediately. I had a blanket thrown across me, one that wasn’t mine, and my laptop was closed and sitting on the nightstand. It didn’t take long for me to figure out that my roommate must have been in the room and that I had passed out while jerking off.

I texted him right away and just said “sorry.” He said “no worries but just so you know, I had Jess (his gf) and her friend with me.” So the three of them walked in and saw me sprawled out naked, dick in hand, passed out. Passes out and limp is definitely not the look I was going for. Everything was fine but it was awkward around those girls for a while.

9. The Boy Who Talked Too Much

Reddit user nipplemuffins shared this story of almost getting away with it:

So this just happened earlier tonight. My wife was out with friends. Thought the kids were asleep and figured I'd have some solo time. Just as I'm getting a rhythm going, my 8-year-old son suddenly appears at the doorway and asks "when is mummy coming home... And what are you doing? That looks weird".

I've never felt so guilty and embarrassed in all my life. I told him to go back to bed and quickly put my hands over my lap.

11. The Wet Spot And The Awkward Conversation

ThickPotato shared this tale of a near-miss and the awkward situation that resulted:

I once was in my room going at it like teenagers do when I could hear my mom about to come in right as I was at the point of no return.

Reddit user Pharasula shares this story of a time he didn’t know his own strength:

I told my mother that it was caused by the cold outside busting one of the pipes bursting. It wasn’t plausible at all, but I felt like she would rather believe that than know what actually happened.

When you feel like playing with yourself, remember to check your surroundings, come up with a decent cover story and learn from these guys’ mistakes! 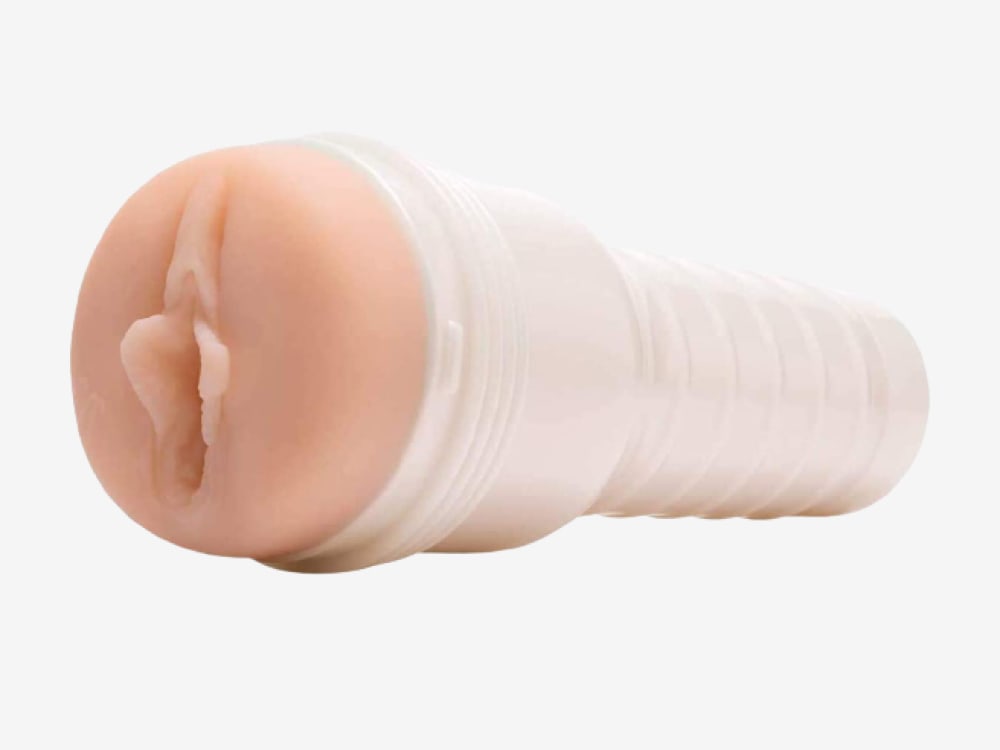 Mia Malkova's Lvl Up Fleshlight offers wonderful initial penetration thanks to the offset bump, allowing you to play 'Just The Tip' for hours. Once you finally slide in, a chamber of swirly suckers softly slides, grips, and twists you into ecstasy. Lvl Up offers an intense combo of sensations that will milk you dry quickly if you're not paying attention. 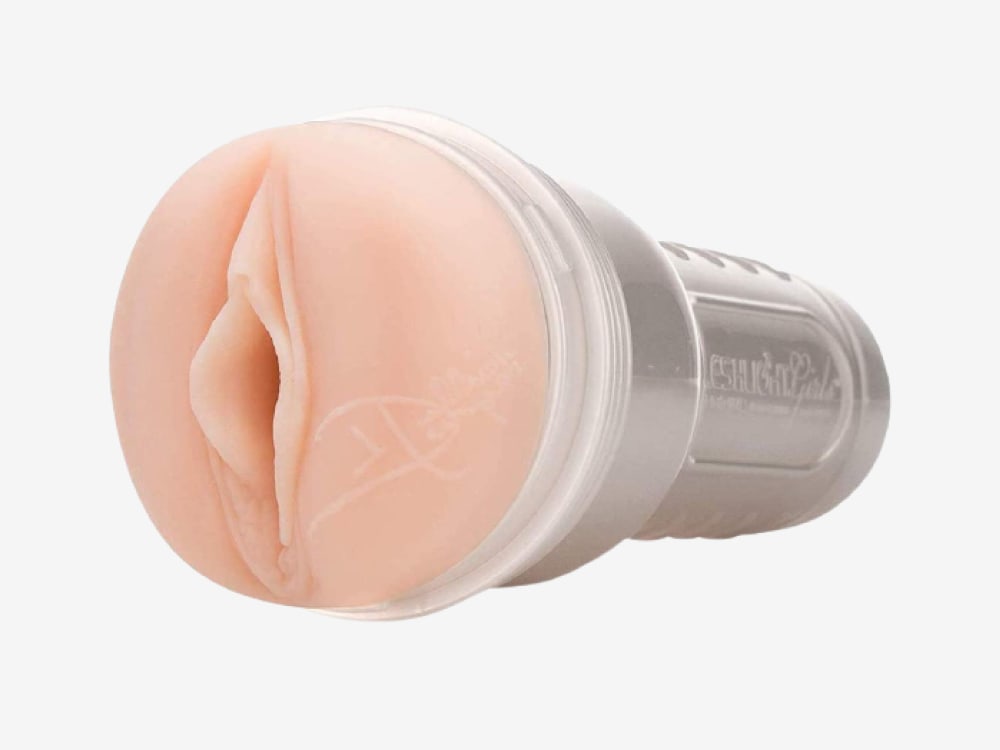 Dillion Harper's Crush Fleshlight offers a great balance of realism and gentle stimulation that's ideal for beginners. Crush is a versatile sleeve with a 'mild to wild' personality and wonderfully varied textures that will bring you to your knees. 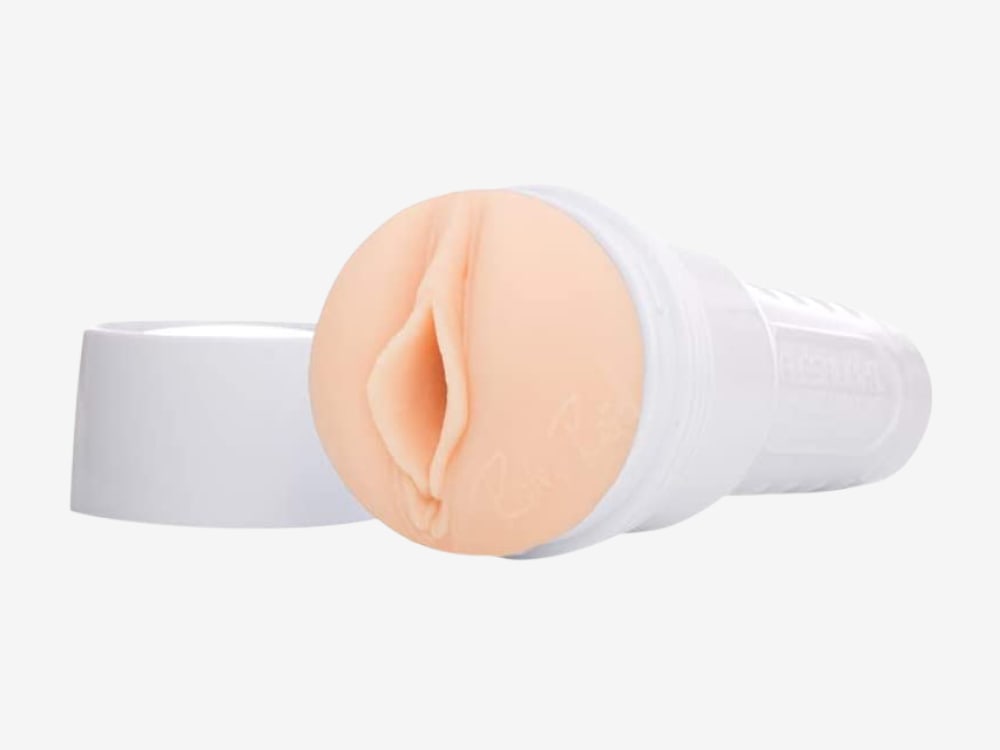 The Riley Reid Utopia Fleshlight blends textured walls with size-changing canals and tighter nodes to push through. If you like a soft, smooth sleeve with interesting variety, Utopia will knock your socks off. 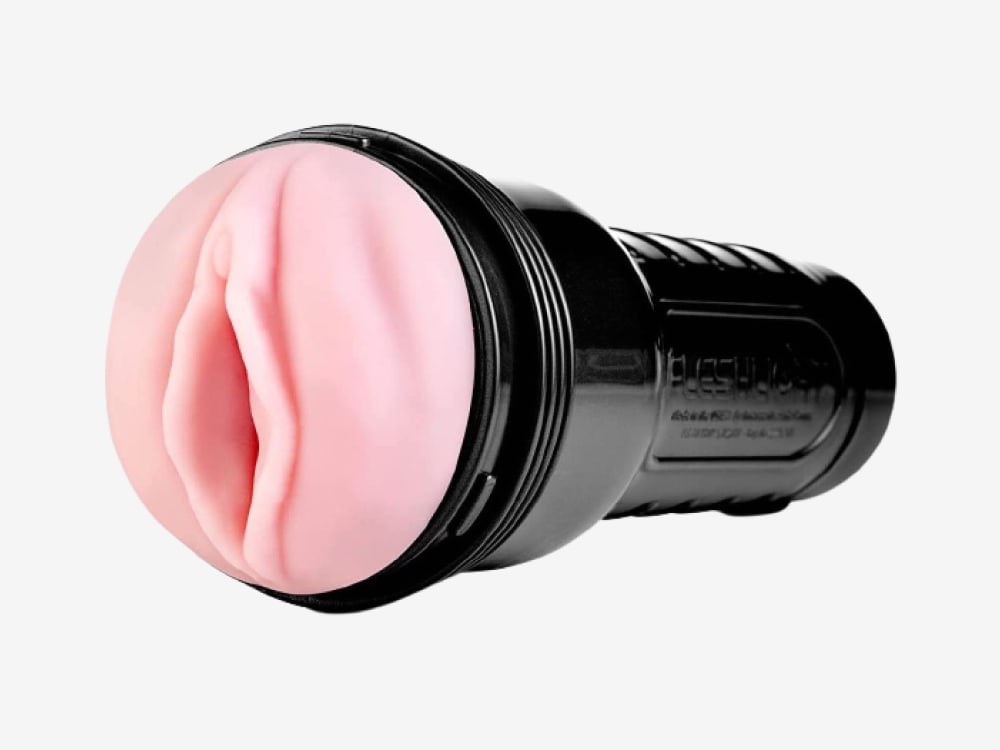 The Fleshlight Destroya texture is famous for being one of the most intense and stimulating sleeves, and it definitely lives up to its reputation. But brute force intensity is not its only shining quality. Expect to be enveloped by spikey fangs that massage your member into an orgasmic mess. 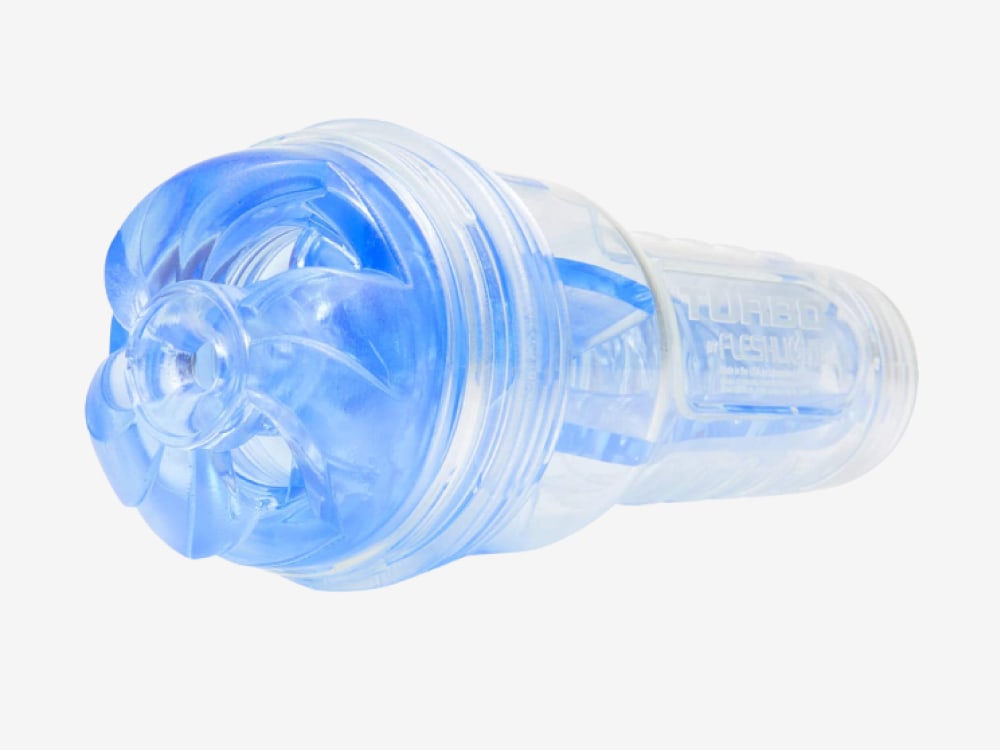 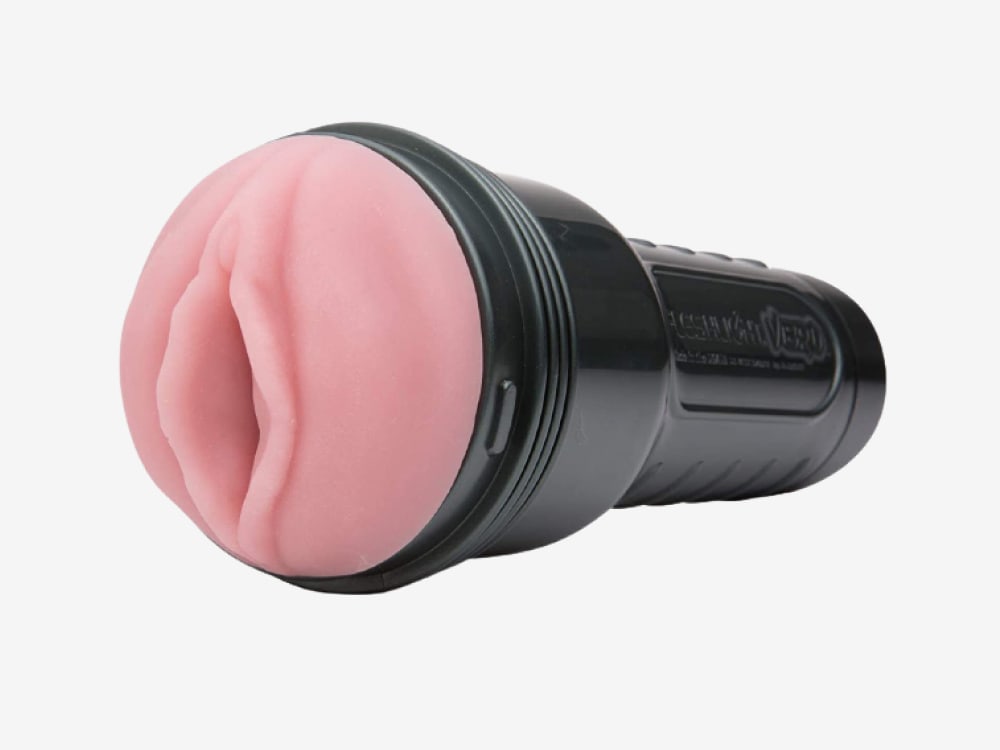 The Vibro Fleshlight is like the STU on steroids. The Vibro's special sleeve, called Touch, holds up to three battery-powered vibrators. The entire interior canal of the Touch sleeve is lined with cylindrical "fingers" that rub, nudge, and prod every part of the penis from the base to the tip, similar to the STU's sleeve design. 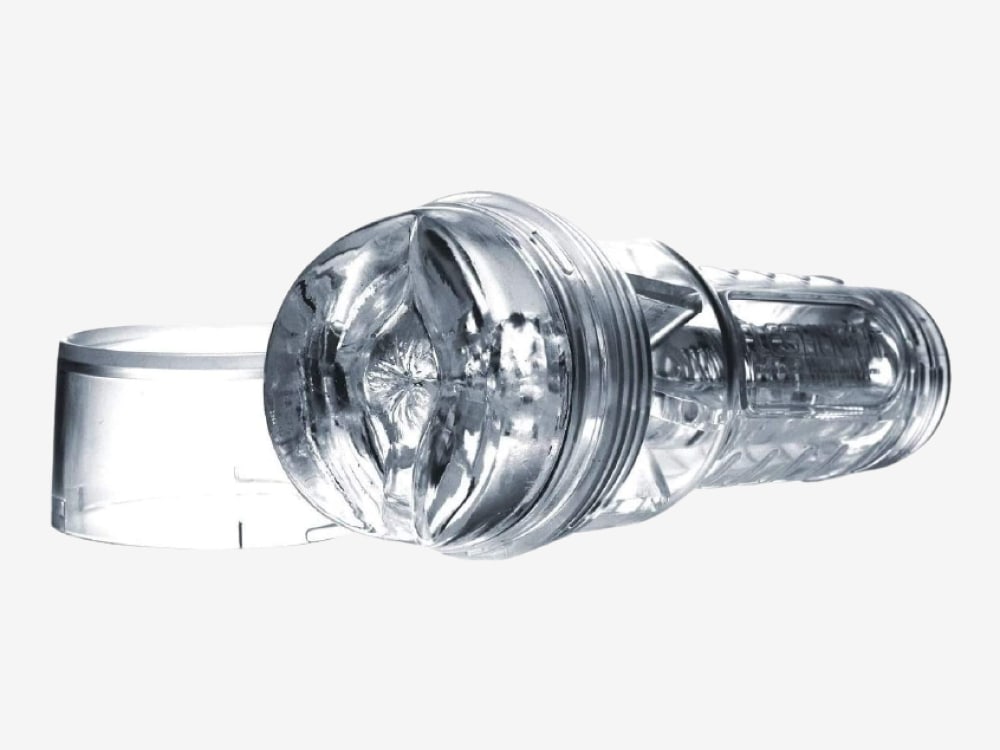 The Ice Fleshlight comes in both vagina and butt entries, but regardless of orifice, its legendary see-through Crystal texture offers a great combination of stimulation and variation. You get chambers lined with thick ribs, round bumps and rings of various sizes grip and rub your manhood, then open up to a nice gentle massage passage.The variation in textures means that you can get different sensations by focussing on different parts of the sleeve, so I find it pretty perfect for edging. 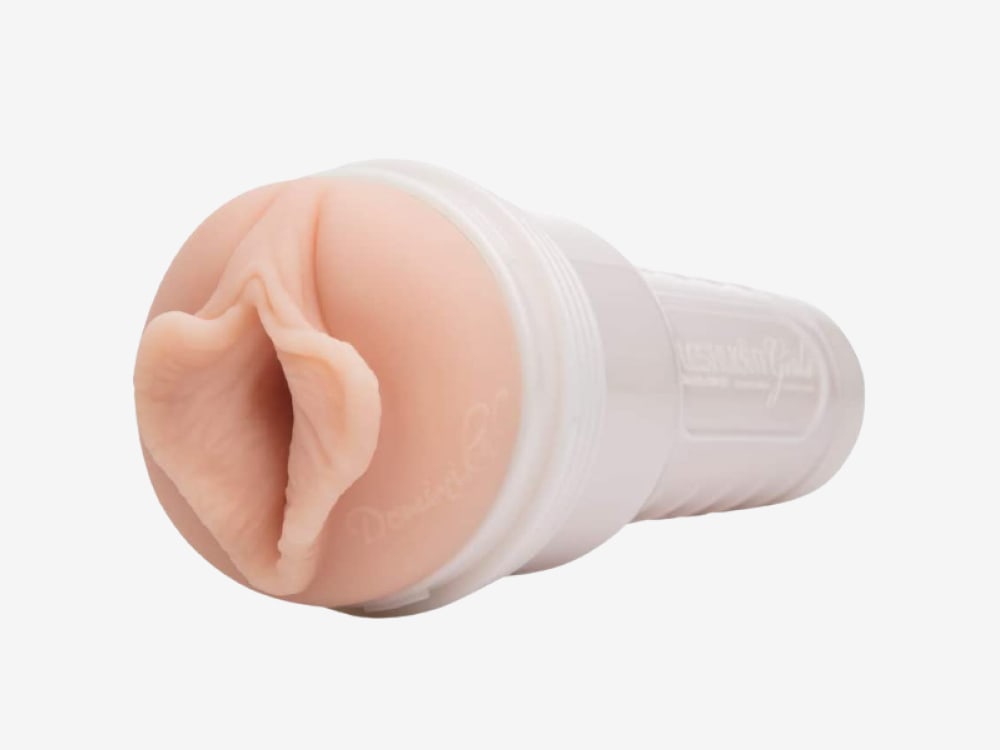 Dominika's Butterfly Fleshlight provides amazing realism and orgasm quality with a large attractive vulva that you won't be able to look away from. The first chamber has a very open channel containing large alternating pill shaped nodes that allows for quite a lot of movement and stimulation. The second chamber gets a bit tighter as you squeeze through a narrow passage of textured bumps. The third chamber of soft pointed nubs surround your cock and massage it from all angles. 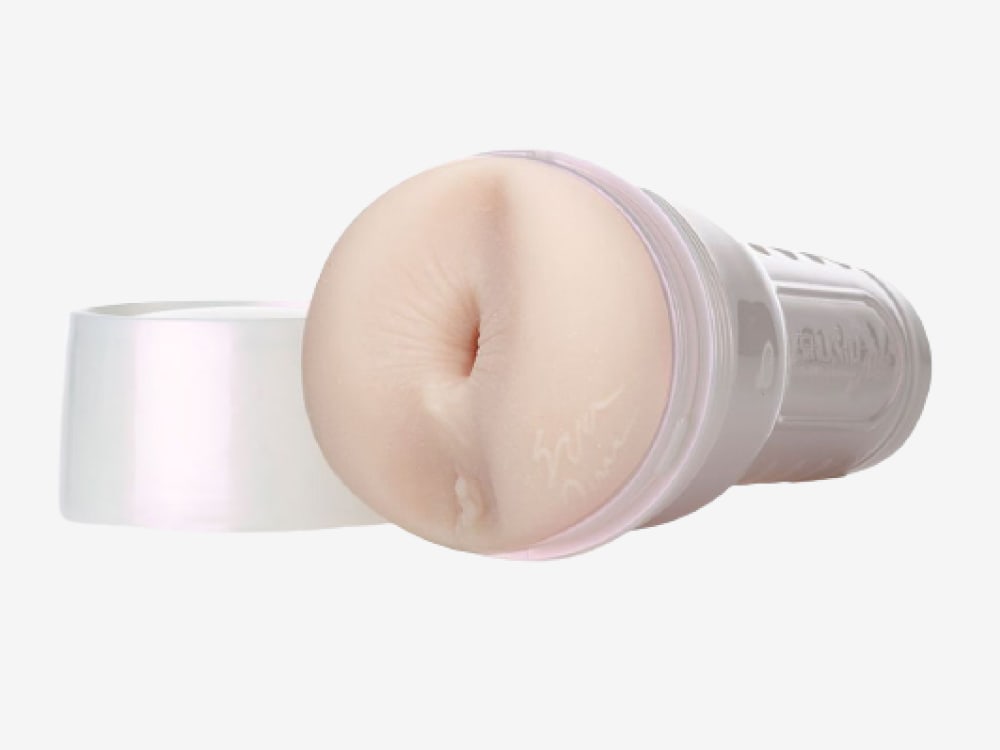 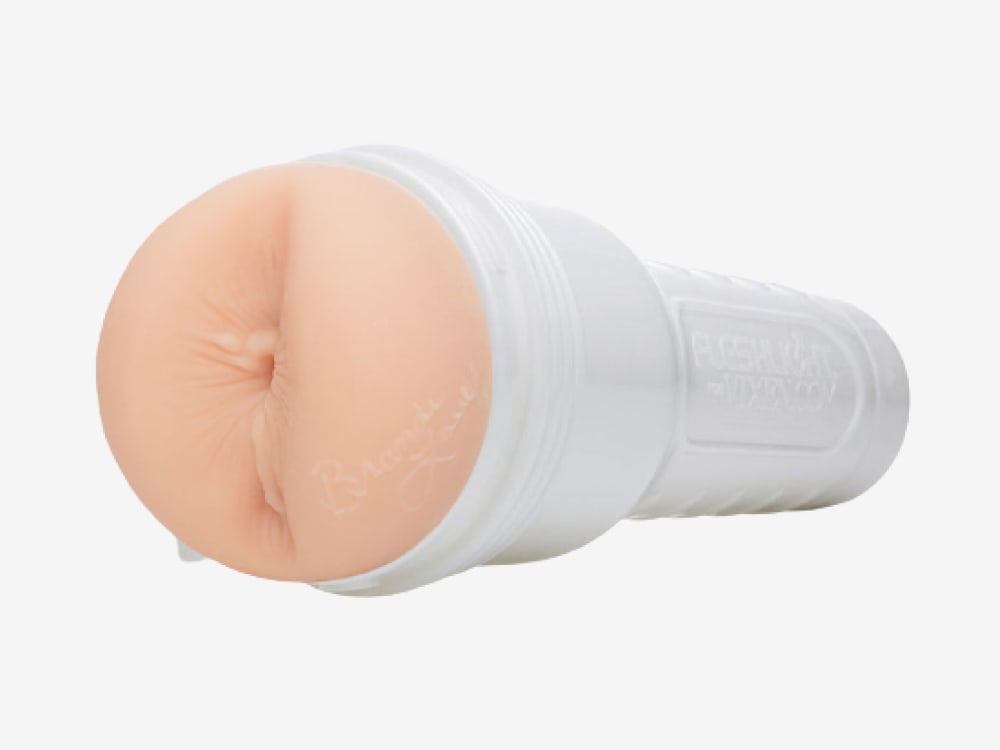 With your dick fully inserted, Brandi's protruding buttocks tickle your balls and tease your sensitive undercarriage. 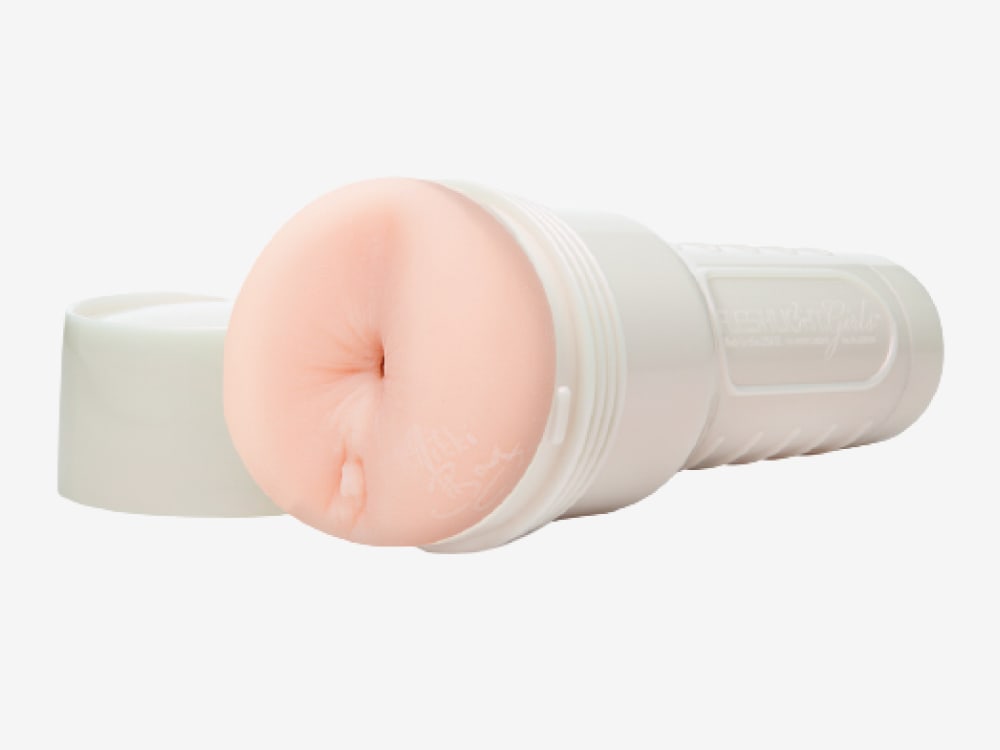 The first chamber of the Nikki Benz Reign Fleshlight is lined with a thick criss-cross pattern that feels amazing as you slide in, especially on your head and frenelum. Push further and you can feel several rings pop and squeeze your tip, before you enter into an even tighter area. There is no relief with this sleeve, it is intense sensation after intense sensation. 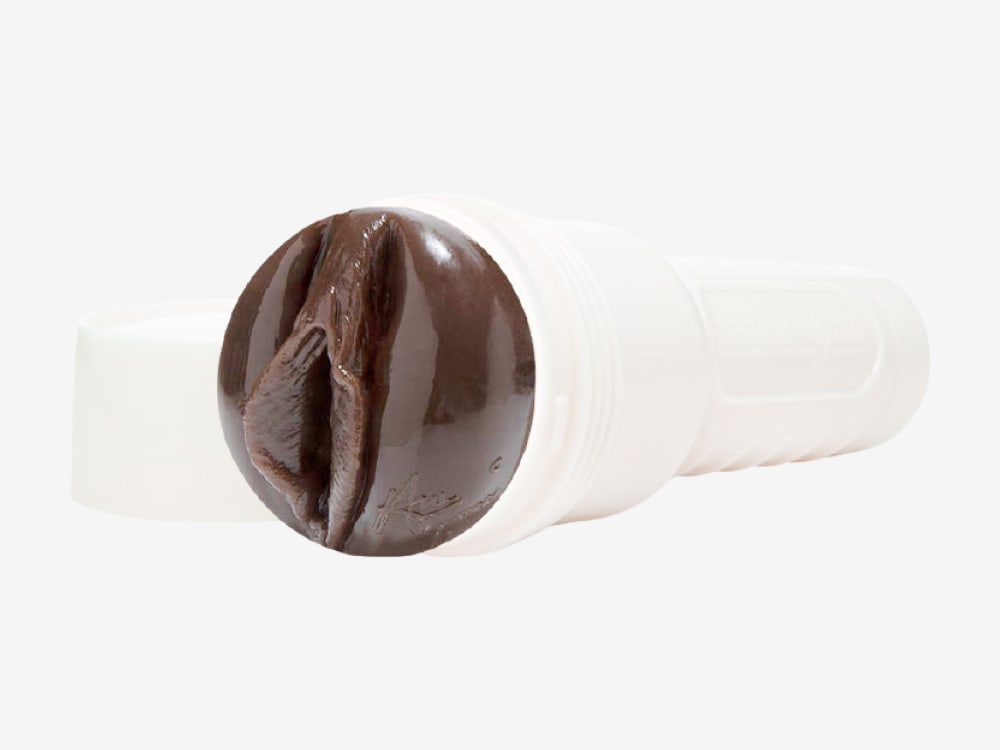 Ana Foxx's Silk Fleshlight is silky smooth, but not so smooth that it's boring. There are some mild variations in the texture but overall it's a medium tight and gentle ride that works well for longer and less intense edging sessions. The smaller channel with the little bumps feels delightful as you push into the third chamber, lightly teasing your tip, building excitement and the drive towards climax. This makes it a great texture to try at different stoke lengths and positions. 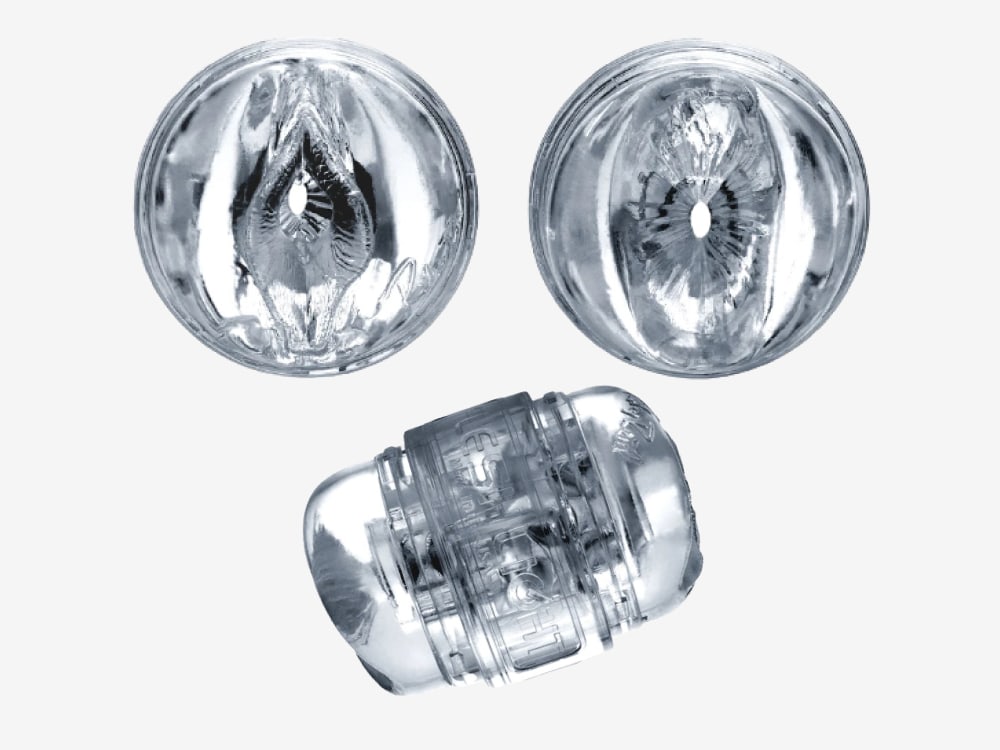 Riley Reid's Quickshot packs a surprising variety of textures into the Quickshot's smaller open-ended stroker design. Push past Riley's lips into her snug pussy and you'll feel the grip of stimulating gears. On the opposite end, her asshole has a nice tightness to it with a blocky pattern that offer a nice resistance. 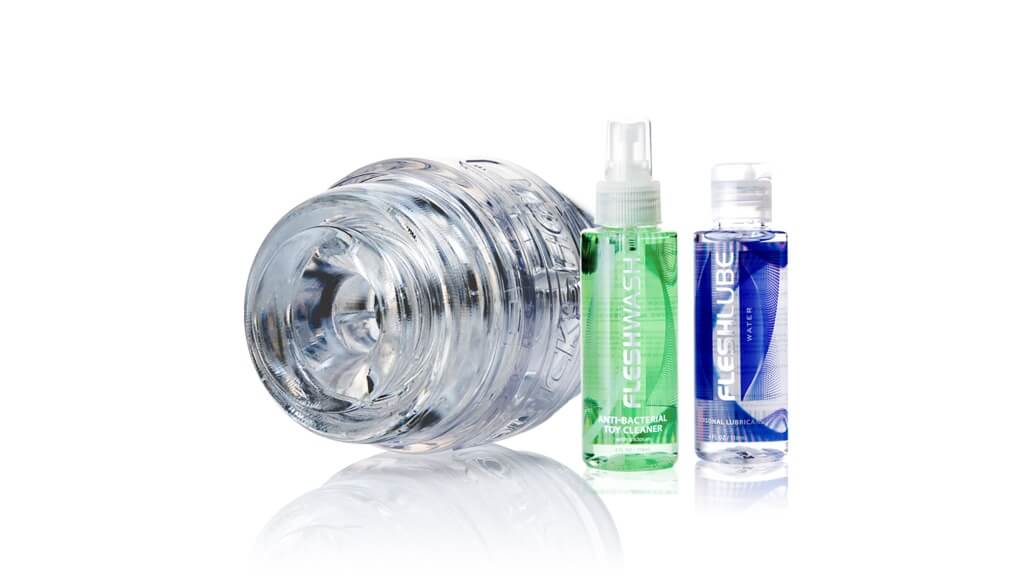 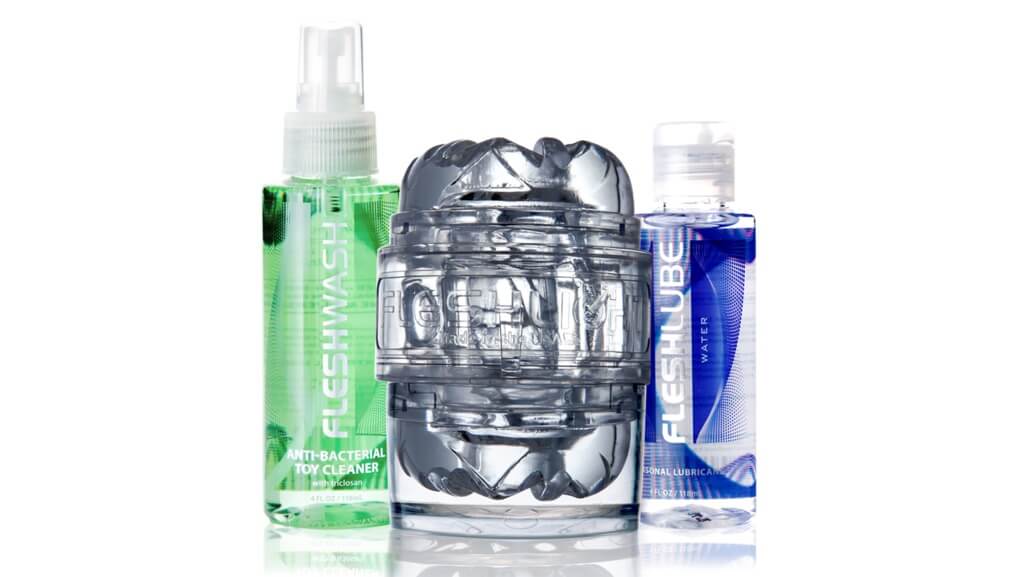 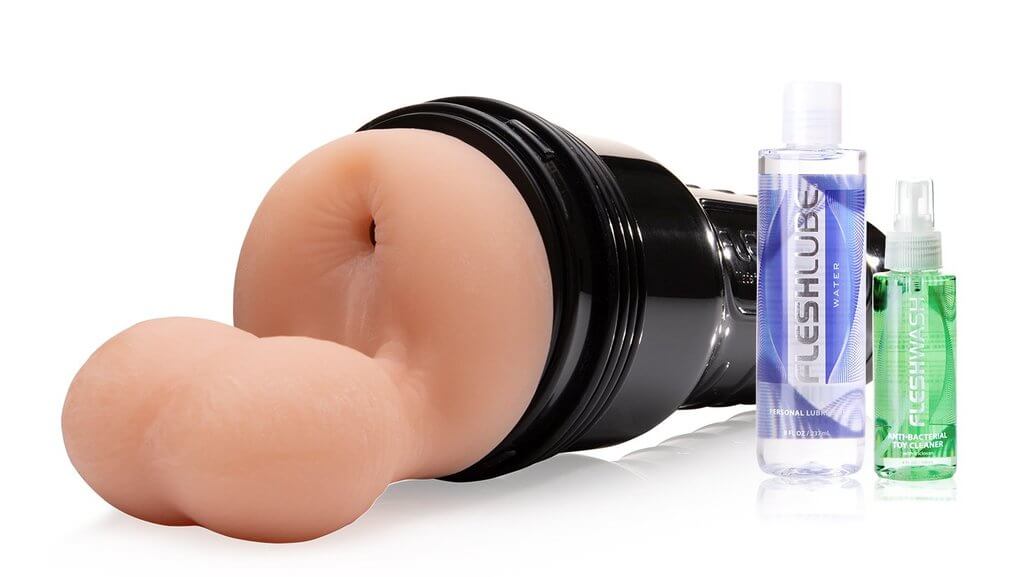 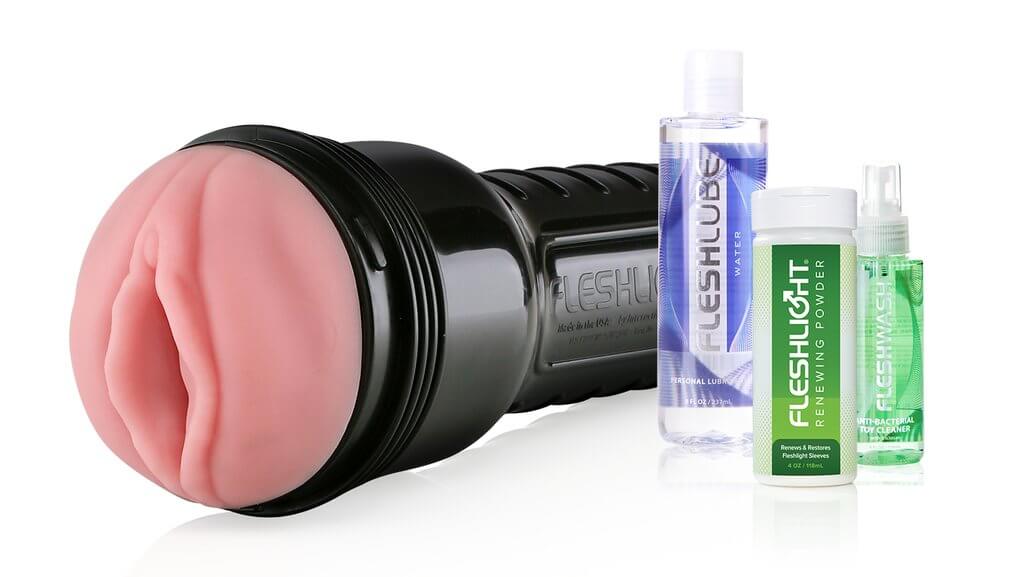 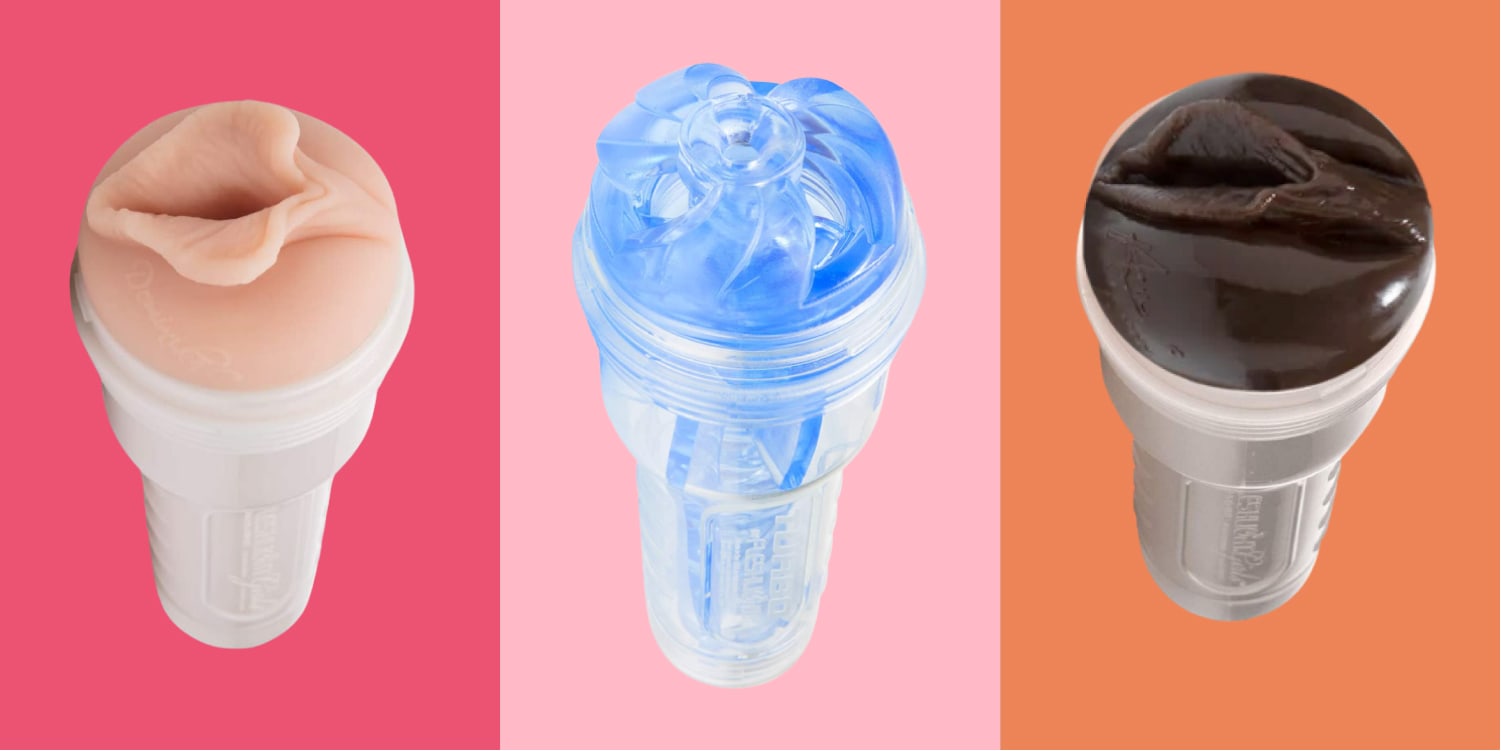 The 13 Best Fleshlight Sleeves and Textures of 2021 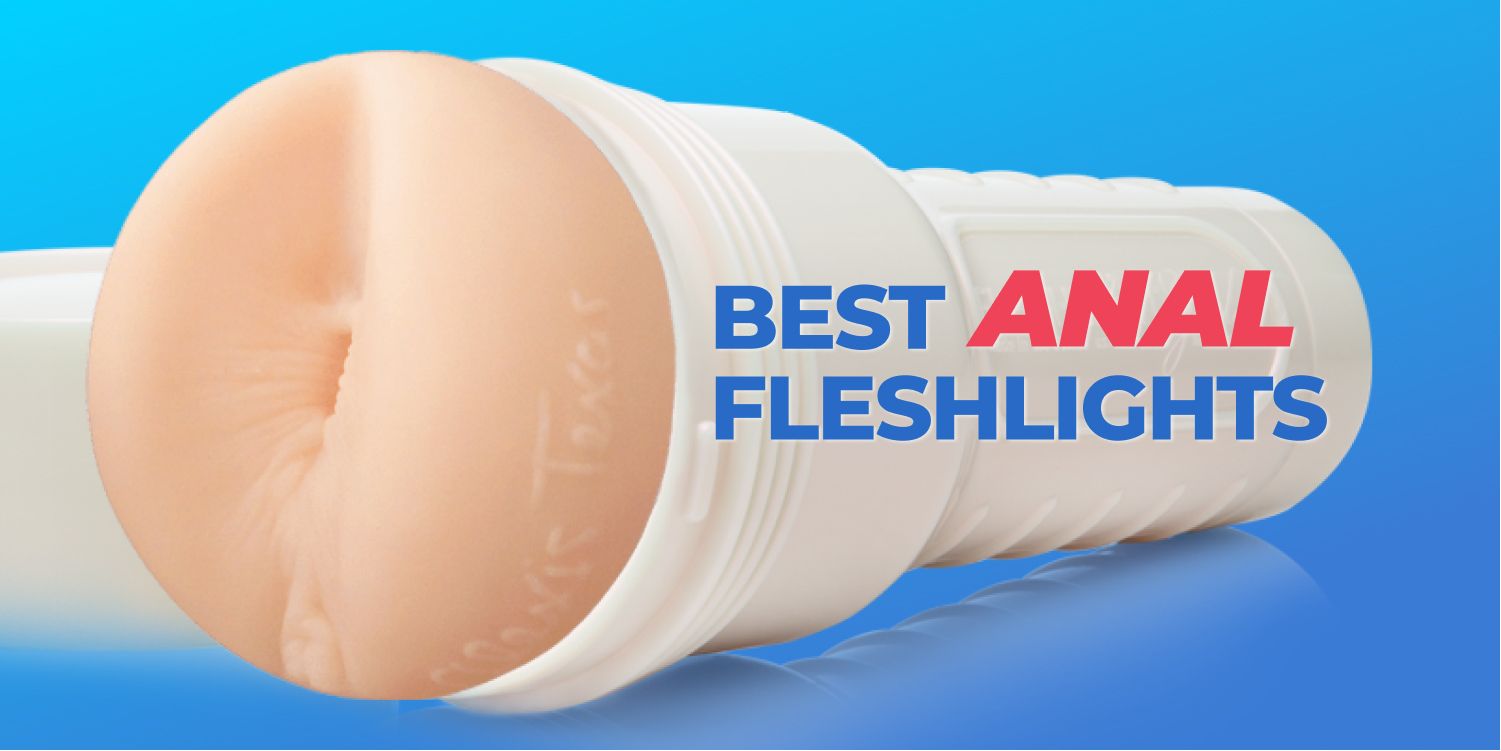 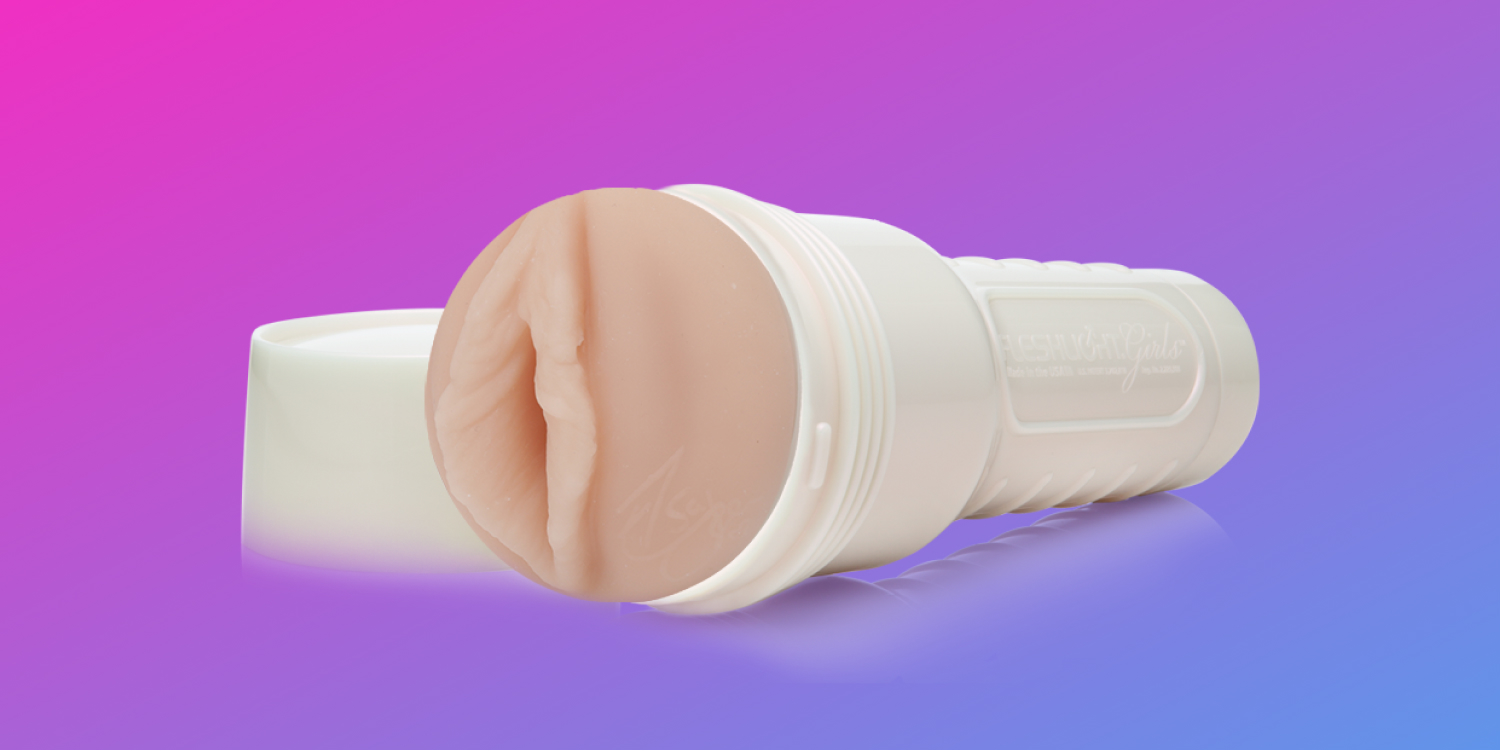 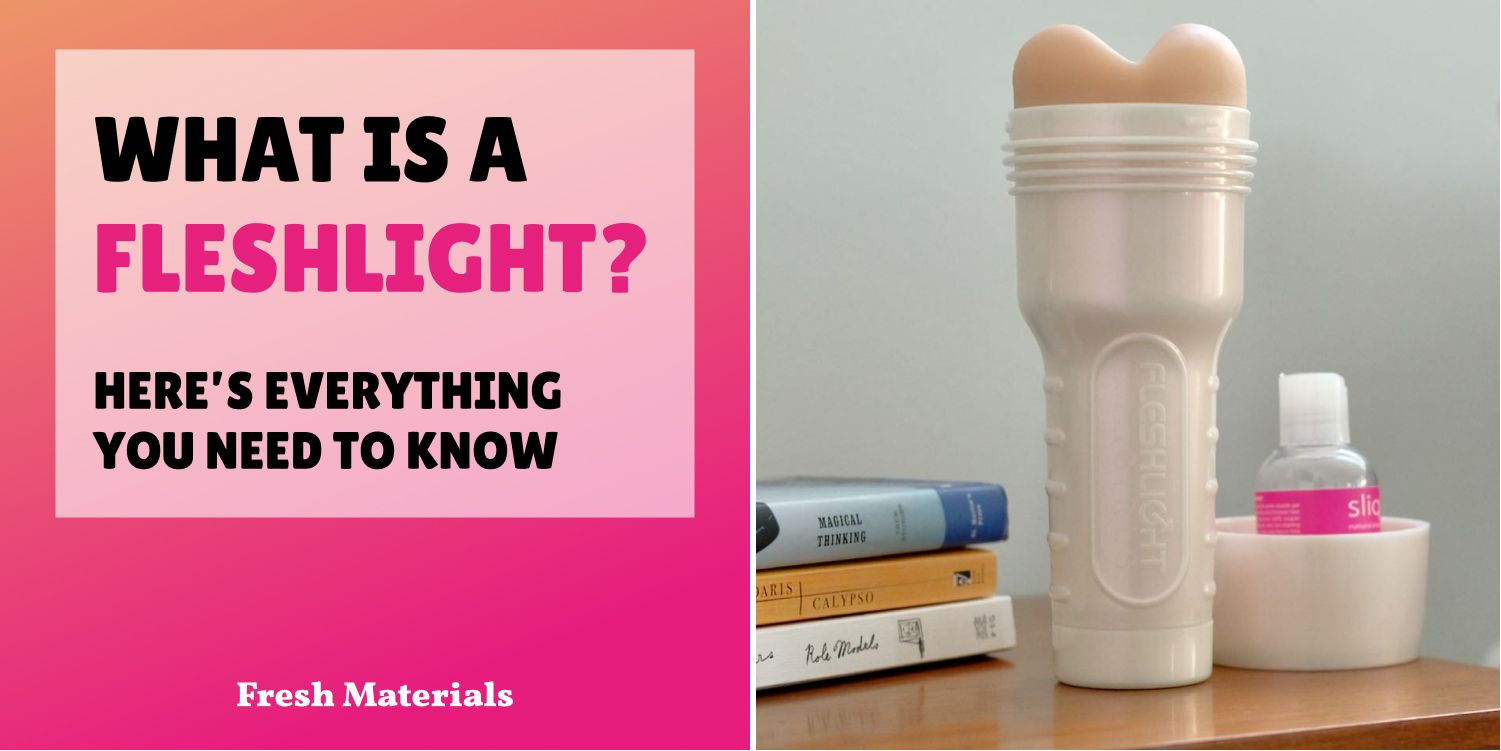 What is a Fleshlight? Here’s What To Consider Before Buying Your First Fleshlight